King Protea looks for his Queen

This flower – King Protea is native to Australia and South Africa. There is an emotional connection as my daughter, born in Australia now lives part of the year in South Africa. It is a wonderful flower, geometric in design and considered to be among the oldest flowering plants on earth. It likes the Southern Hemisphere and is also found in New Zealand, as well as South America. The name comes from Greek mythology after Proteus son of Poseidon the shape shifter. Australia has the largest diversity of the protea species with over 1500 known species! 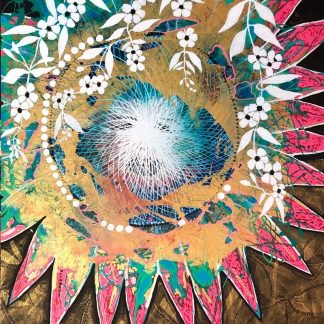